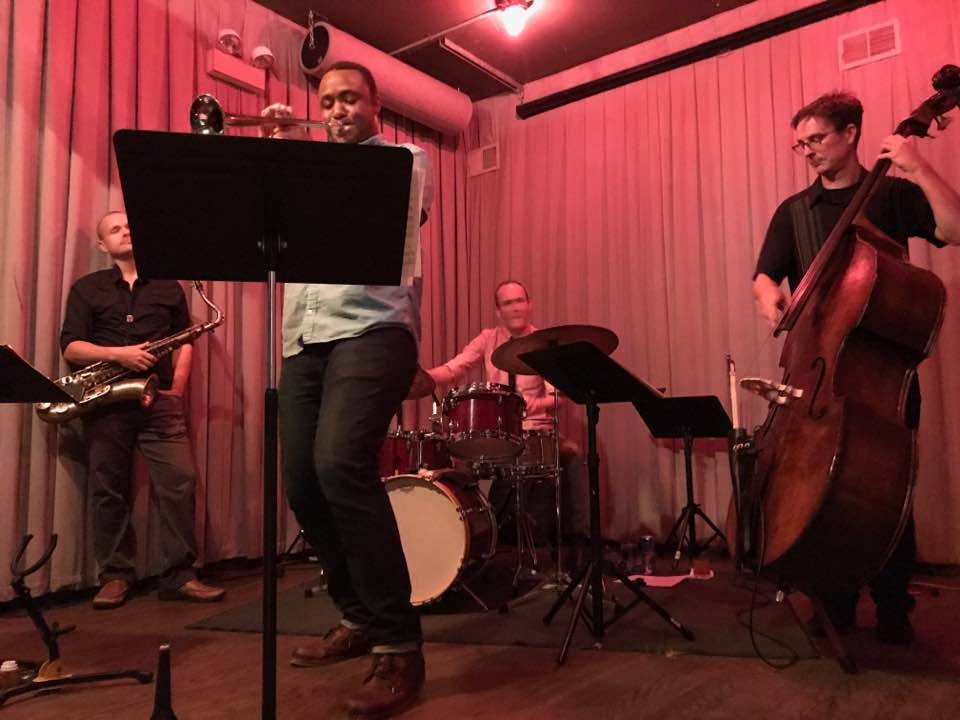 After a decade of on-and-off activity as a band, my jazz quartet, Many Blessings, has finally released our debut album, Arroyo. Click on over to the page I made for the album to read more and stream or purchase it on any of your preferred formats, or you can stream it in the embedded Bandcamp player below. I've gotten lots of great feedback about the album since its release. We played a super-fun album release show at The Whistler on September 19th; the turnout was great and there was crazy good energy in the room. Thanks to all who made it out to the show, and to those who couldn't, check out the album!